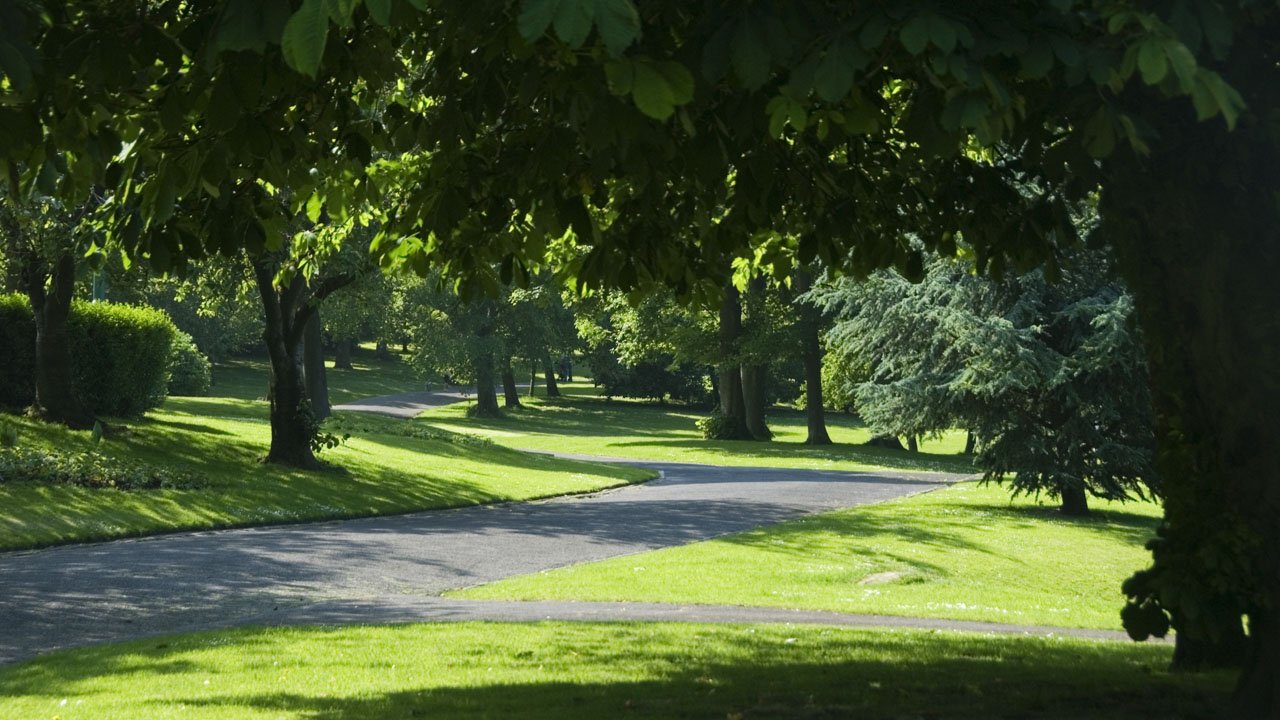 Scott Park is named after John Hargreaves Scott, a prominent Burnley businessman, an Alderman, and Mayor in 1871-73. In 1880 he made a will leaving the majority of his estate to his wife, the residue on her death to be used to purchase and lay out a public park for the people of Burnley. Scott died in 1881 and Mrs Scott in 1884. Scott’s trustees, Alderman G. Sutcliffe and R.J. Hurtley eventually purchased 7.3 ha. of the Halstead (Hood House) estate to the south of the town.

The design for the Park was by Robert Murray who had been responsible for the design of Queens Park, opened in 1893 in the north-east of the town. Murray subsequently became its superintendent.

The Park was officially opened on 8th August 1895 by the Mayor, Alderman Mitchell, on behalf of the people of Burnley. A monument to Scott, designed by the then Borough Surveyor, G.H. Pickles, was unveiled in the Park in 1898. A bust of Scott, sculpted by John Cassidy of Manchester, was added to the monument in 1899.

A bowling green was added in 1897 and a second green and tennis courts added in the early 20th Century. In the late 20th Century the former 0.6ha site of Hood (formerly Lower Hood) House, lying between the Park and Manchester Road, was added to the Park.

The Scott memorial suffered some damage in 2005 when two marble columns became detached. A Heritage Lottery Bid will be submitted to secure funding to restore the memorial, improve the stream and replace the damaged bridge parapets.

An established friends group holds regular meeting with staff from Green Spaces and Amenities and the police to help improve Scott Park.

New members are always welcome. Details of meetings can be found on the notice board in the park or by contacting Val Crabtree on 01282 420009.

The Friends of Scott Park have regular meetings and always welcome more volunteers.  There are opportunities to get involved in horticulture, park bench restoration and events.

If you wish to know more about volunteering opportunities click here for more information or click here to register.

Manage Cookie Consent
To provide the best experiences, we use technologies like cookies to store and/or access device information. Consenting to these technologies will allow us to process data such as browsing behavior or unique IDs on this site. Not consenting or withdrawing consent, may adversely affect certain features and functions.
Manage options Manage services Manage vendors Read more about these purposes
View preferences
{title} {title} {title}