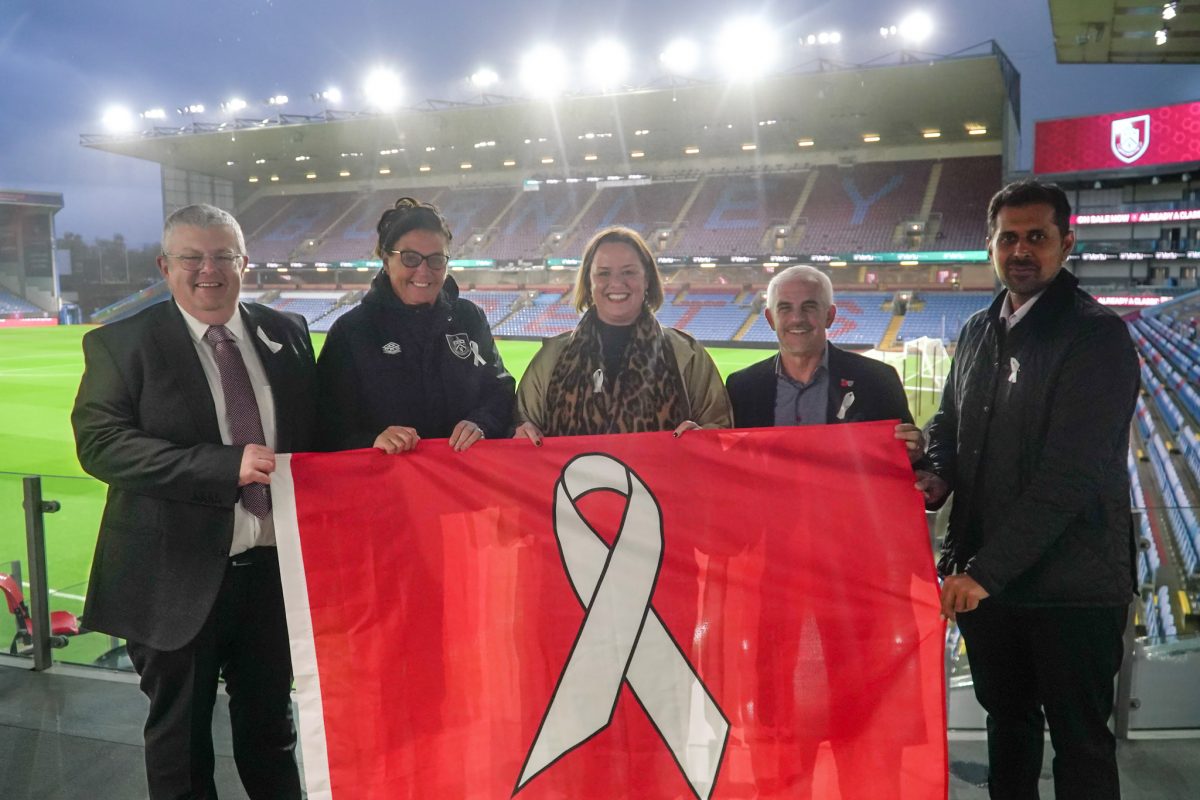 Burnley Council has reaffirmed its continued commitment to the international White Ribbon campaign to mark the start of 16 days of action against domestic abuse and violence.

White Ribbon is a global campaign that encourages people, and especially men and boys, to take action and change the behavior and culture that leads to abuse and violence individually and collectively.

To wear a white ribbon is to promise to never to commit, excuse or remain silent about male violence against women.

The council is proud to be a White Ribbon accredited organisation.

Commitments made by the council in its White Ribbon action plan include drafting an action plan overseen by staff representatives from across the council, the development of a domestic violence and safeguarding policy for employees, appointing volunteer ambassadors, including the council leader Councillor Afrasiab Anwar, to carry the message out to more men, and raising awareness within the local community.

Coun. Anwar joined representatives from Burnley Football Club to renew their pledge to support the campaign when they unfurled a White Ribbon flag at Turf Moor.

Councillor Shah Hussain, the council’s executive member for community and environmental services, said: “The council is committed to taking a strong stance against all domestic violence, whoever the victim. We particularly call on all men and boys to understand that violence against women in whatever form is absolutely wrong and should never be tolerated.

“We have to work together to send out a message of respect and tolerance for all and bring an end to harassment and violence in our society. The council will continue to work with its partners in the borough to tackle this issue and provide help and support for victims of domestic violence and abuse.”

More than 100 organisations across the country have received White Ribbon accreditation, including councils, police forces, fire and rescue services, health authorities, housing associations, schools and universities. There is also a scheme for smaller organisations to become White Ribbon supporters.

Individuals can join over 37,000 others who have signed the White Ribbon UK pledge and get more information online

« Dog control orders set to be extended for a further three years
Household Support Fund »
Manage Cookie Consent
To provide the best experiences, we use technologies like cookies to store and/or access device information. Consenting to these technologies will allow us to process data such as browsing behavior or unique IDs on this site. Not consenting or withdrawing consent, may adversely affect certain features and functions.
Manage options Manage services Manage vendors Read more about these purposes
View preferences
{title} {title} {title}